Will the Knicks Get Out of Their Comfort Zone? 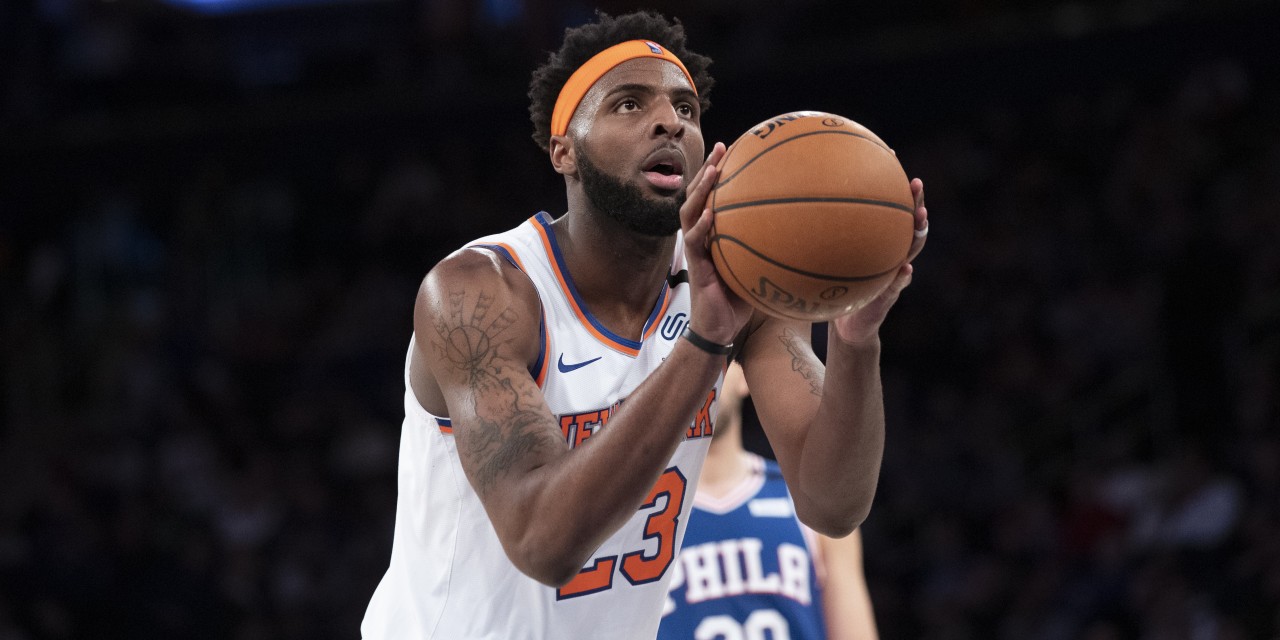 With new COVID-19 cases rising in the country and inside NBA franchises, the Knicks spoke about the threat along with the new normal inside their own organization.

The New York Knicks continued with day two of the 2020–21 season’s training camp on Monday, and with a new coach and radically different world, it’s difficult to envision the normal state of affairs for the NBA season and players.

Monday saw three members of the Toronto (Tampa) Raptors organization test positive for COVID-19, and without the “bubble” conditions that were successful for the league in Orlando, Florida, during the seeding games and playoffs this will no doubt follow a familiar trend for the professional sports league not unlike MLB and NFL.

New Knicks head coach Tom Thibodeau is “very concerned because it’s serious. I think it’s important for us to follow all the protocols.” While no named member of the Knicks last spring until now has publicly revealed as testing positive for COVID-19, Madison Square Garden executive chairman and ‘Bockers owner James Dolan did contract coronavirus, something from which he has since recovered, and three employees tested positive during voluntary workouts last month.

“What’s going on in the country is very concerning,” Thibodeau added with training camp around the NBA ramping up and no hermetically sealed season in place in 2020–21.

If getting comfortable to the discomfort was related by the seasoned coach, Tuesday for the entire team encapsulated what looks to be letting go of a comfort zone.

Mitchell Robinson, the rising third-year center and new record-holder for the league’s best single-season field goal percentage, discussed videos shared on social media of him shooting three-pointers—along with the vast turnover for his professional representation. While the 22-year-old declined to get into detail over his sixth agent (now repped by Wasserman) in three years, calling it “personal stuff,” Robinson did dive into whether he will be spotting up from behind the three-point arc.

“I’m not just gonna come out and launch threes,” Robinson remarked, dismissing a question about his realistic goals surrounding adding jump shooting to his game. “I’m more comfortable the way I’ve been shooting lately,” Robinson concluded with why we have seen more videos of him putting up shots.

Sue me, I’m starting to believe Mitch will be able to hit these in game 3️⃣

Thibodeau intoned a similar message about the standout big man. “You want guys to be all-around players, put [the ball] on the floor, (play off the dribble) … I never want to put a lid on what [Robinson] can become.”

While Robinson may not see a dramatic rise in shots from the perimeter (or even a slight one as just one would be a dramatic increase), the former second-round selection will get the opportunity to extend his range and blossom into more than a traditional center shooting at the rim. “We’ve seen across the league big men (shooting from three), we’ve seen (starting) with corner threes.”

Robinson, averaging an absurd 5.3 fouls per 36 minutes, via Basketball-Reference, sees Thibodeau helping him tamper down his penalties. “I have a history of fouling. … I’m happy [Thibodeau] helped me.”

With the year 2020 turning everything upside down, even in sports, the upcoming NBA season will be no different. Nevertheless, for a Knicks team with a brand new coaching staff and growing anxiety to see draft picks turn into something more, it will be an uncomfortable period of balancing caution—both on and off the court—and growth. Whether that translates to winning basketball or not appears to be ancillary to earning cohesiveness for the Knicks, who are infused with veterans on short-term deals seeking competition and younger players still waiting to make their impacts.

Due to COVID-19 and other variables like Thibodeau’s presence, the 2020–21 season may exhibit quite a bit of turbulence for players and staff.

Mitchell Robinson noted he weighs 250 pounds, roughly 10 pounds of muscle added by training in the offseason. He also viewed Tom Thibodeau’s practices as more defensive-focused. Kyle Maggio of The Knicks Wall yesterday referred to Thibodeau emphasizing a strong foundation of defense on the first day of camp.

Thibodeau called “two really good days of practice” for Kevin Knox, the rising third-year forward who struggled both for minutes last season and productivity when he was on the court. Thibs cautioned the Kentucky product for pressing last season and taking bad shots.

Michael Kidd-Gilchrist, the veteran forward, former second-overall pick, and both represented by CAA and hailing from the University of Kentucky, claimed there was no connection between Knicks senior advisor William “Worldwide Wes” Wesley and the signing in New York. “None,” Kidd-Gilchrist said.

Michael Kidd-Gilchrist claims Worldwide Wes played no role in signing with Knicks when asked by @SBondyNYDN: "None."

Kidd-Gilchrist also expressed positivity towards working with Knicks assistant Kenny Payne again. Payne was a longtime assistant at Kentucky who “always pushes us—every day. That’s what I expect out of him.”

Signing a training camp deal for the invite from the Knicks, Kidd-Gilchrist “believes” in the organization and intends to be a leader for the team along with competing with energy.

Free agent signing Austin Rivers’ practice was limited on Monday due to a groin injury.