With the NBA Season Likely Over, What Should the Knicks Do With the Vets? 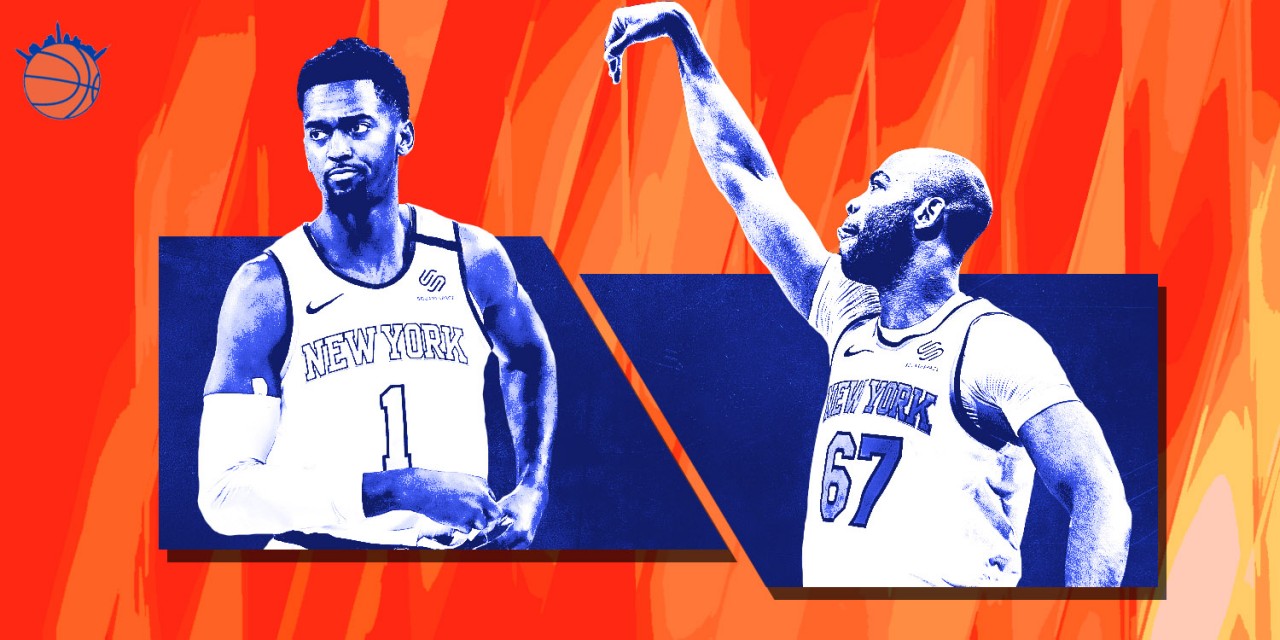 There is no definitive timeline for more NBA basketball. The Knicks have several vets on partial deals they could bring back or cut loose.

There is an infinite number of things more important than what the New York Knicks should do in the offseason, whenever that may be.

The NBA is in uncharted territory. The world has been put on ice. No one knows when basketball will return—although a late-June start, behind closed doors, has been targeted as a best-case scenario—and no one should care. The health of the global public, “flattening the curve,” should be our number one priority, along with assuaging what promises to be an overwhelmed healthcare system. Keeping the global economy afloat should probably be second. Way, way, way down on that list is basketball. Even further is the Knicks and their offseason plans.

That being said, basketball will (hopefully) come back one day, and the Knicks will have to (again) plot a new road map for their roster. Do they:

b.) Finally “go young” and hand over more on-court responsibility to Frank Ntilikina, R.J. Barrett, Mitchell Robinson and Kevin “Is he still 19? Can I still make this joke? Will he always be 19?” Knox.

c.) Try and strike a balance between the two, re-upping on the vets that provide stability both on the court and off, while cutting guys that don’t offer enough value to offset blocking the younger pieces?

I don’t have the answer. No one does until the free agent landscape becomes clear. All of these hypothetical discussions hinge on price points, leverage, agent negotiations and all the other ugly additives that go into every team’s off-season before it comes out of the oven.

Gibson, for instance, certainly has situational value in the league. His Per 36 production rates are virtually identical at age 34 to what he’s been able to output his entire career.

And he still does the “marginal tasks” every playoff team needs from a rotational big man: fighting for every rebound, playing sound team defense, making free throws.

But Gibson is, at this stage of his career, nothing more than a replacement player. If your ship is sinking, like the Knicks always are, Gibson can plug one hole. That’s it. He’s not good enough to shore up more leakage than that. He lives in the paint, and is only nominally a corner three-point threat, shooting 31% from that area, compared to someone like Portis, who hits around 36% from the corners. Gibson is a situational player, and the Knicks, with Robinson’s gangly frame looming in the wings, are the wrong situation for Gibson.

Let’s run through the other players whose futures are up in the air for the Knicks this off-season, whenever that may take place.

The Knicks might want to bring Payton back. Before you close this article, let me explain a potential series of events in which that would make sense.

I know. I get why, if you’re a Knicks fan, you’d find this outcome unsavory to say the least. Payton is as bricky as they get, and can fall into “Hero Ball” mode way more often than a player with his (lack of) offensive talent should. But, like Gibson, he is situationally valuable. He averages over seven assists per game, and at only 25 years old, can reputably run an NBA offense. There is a fair price for him out there somewhere, although it’s certainly less than his current $8 million cap hit.

Still, with all of that on the table, the Knicks should lean heavily toward letting Payton walk. They will likely draft a floor-general type of guard this year, regardless of the Ntilikina situation, and Allonzo Trier is a fine, very underutilized backup, meaning Payton will be expendable, although the Knicks should definitely explore sign-and-trade options.

Out of all the much maligned and heavily memed Knicks power forward signings from last summer, this one makes the least sense today. In what universe is a chucker that doesn’t offer any other significant basketball skills, and is only a league-average shooter from deep, worth $15 million a year?

Portis is a 36% career three-point shooter that only takes around three shots per game from distance. Sure, at age 25 he’s young and has time to improve, but he hasn’t shown any indication of that in the five seasons he’s been in the NBA. He can’t make advanced reads as a passer, and his team defense is atrocious.

With Mitchell Robinson’s gangly frame looming in the shadows, the Knicks should get rid of Portis as soon as possible.

I’m lumping these two together, because of the similarities they share as players.

Ellington and Bullock offer fundamentally the exact same on-court production. No, seriously, they’re the same player. Both are wings that live mostly from beyond the arc and don’t die on defensive rotations. Their Per 36 output is indistinguishable from each other, with the caveat that Bullock has played roughly 200 more minutes than Ellington.

Here’s where we can start to distinguish between the two, and their potential futures with the Knicks; Bullock is 28, Ellington is 32, and Bullock’s cap hit is roughly half of Ellington’s $8 million.

What does that mean for the Knicks? It depends on whether or not they think Trier and Damyean Dotson can soak up those minutes with either minimal drop-off or, hopefully, improving on the low ceilings Ellington and Bullock carry.

If the Knicks don’t want Trier and Dotson, they probably need to hang onto Ellington or Bullock, or both. If they do want to invest in Trier and Dotson, both Ellington and Bullock are almost certainly on their way out. To a lesser degree, this question extends to Ignas Brazdeikis—do the Knicks anticipate he’ll be ready for the NBA next season? Knox’s place in the lineup as a potential gigantic shooting guard, and also to Ntilikina whose nascent but relatively minor development as a catch-and-shoot threat opens up his flexibility in certain lineups.

Ellington and Bullock’s future also depends on who the Knicks select in the draft. If they land a natural point guard like LaMelo Ball, Killian Hayes, or Tyrese Halliburton, Ellington and Bullock make some sense at the right price. If they come away with someone like Anthony Edwards, there’s too much positional overlap to keep the glutton of combo guards and wings the Knicks will have in the pantry.

On a macro level, that seems to be the general theme heading into any discussion regarding the Knicks offseason plans. There’s a lot of roster flexibility, especially when you take stock of how many partially guaranteed contracts are on the roster. Some might say that’s too much flexibility for a franchise with a uniform history of bungling this kind of “win on the margins” decision making.

What the Knicks do with their partially guaranteed players will unfurl from how Rose and his confidants can re-engineer the team’s timeline. They will either look to sell the farm for stars that can accelerate the agenda or finally commit to the “process,” for lack of a better term, and invest on in-house development (play Mitch!).

Where they land on that spectrum is the deciding factor for where these partially-guaranteed contracts end up, whether that’s in New York or somewhere else.