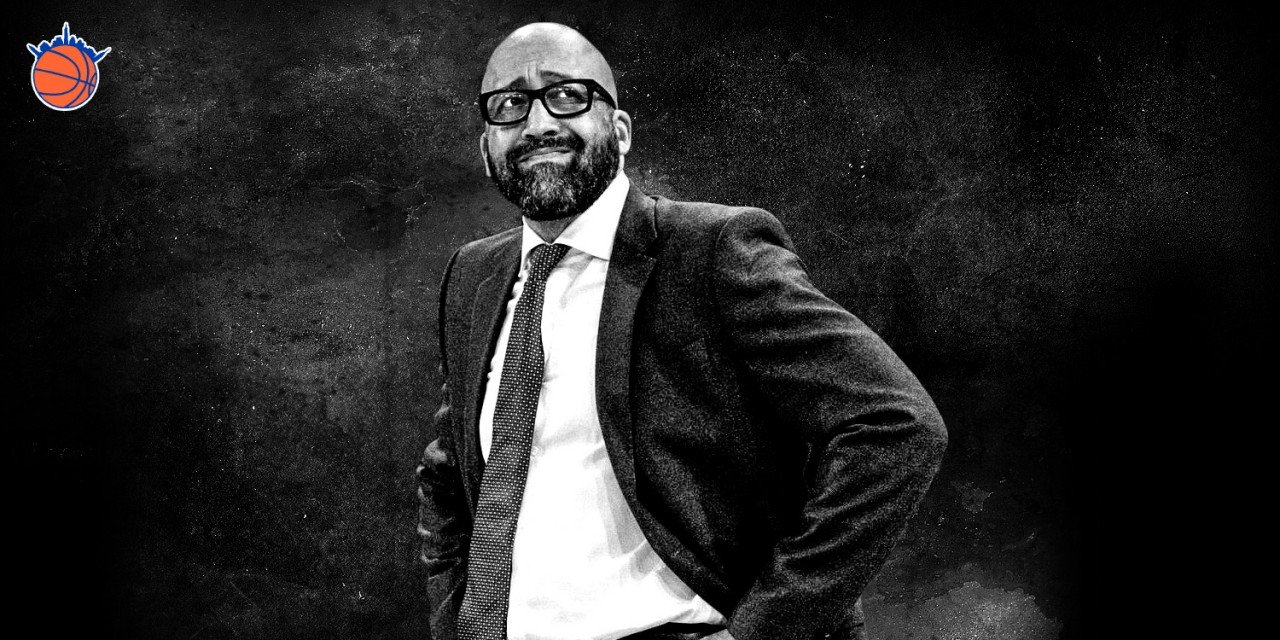 In an effort to exorcise last season’s demons, we recount a handful of poor Knicks moments and what we can extract from the misery.

Last year, we broke down the five most disastrous moments of the 2017–18 New York Knicks season and the lessons gleaned from them.

Things, uh, didn’t get much better in 2018–19. In fact, the Knicks’ record dropped from 29-53 to 17-65. The team’s franchise cornerstone requested a trade and sustained an insufferably long stretch of Enes Kanter Time only to watch him become a useful big for the Portland Trail Blazers in the playoffs.

Still, it can be helpful to reflect on the past, no matter how pitiful it might be.

On January 7th, the Knicks commenced an 18-game losing streak.

And prior to their win against the Denver Nuggets on January 4th, the team had lost eight straight, which put them at 1-26 over the entire stretch from December 16th to February 13th, a nearly two-month span with just a single victory.

That’s a long time for a ball club to go winless. And by the time they snapped the streak against Atlanta on Valentine’s Day, thanks to 19 points from Dennis Smith Jr., the Knicks had already set a new precedent for the longest skid in a single season in franchise history.

What we learned: The Knicks’ young players have to be more disciplined, especially against fellow bottom-feeder teams. They managed to push playoff contenders like the Philadelphia 76ers, Houston Rockets, and Toronto Raptors in close games, but suffered blowout losses to teams like the Phoenix Suns and the Memphis Grizzlies.

These moments are crucial for raw, talented groups to build winning habits like clean ball movement, defensive rotations, and consistent rebounding. The Knicks showed little to no improvements in those areas for months, and they’ll need to be better at them this season.

The Loss to Utah

Amidst that losing streak was a 127-97 blowout defeat at the hands of the Utah Jazz.

The Knicks laid such a fat egg that night that Ty Jordan, our recap writer for the game, described the team’s offense in the first half as “like a pack of scrubs in the YMCA.”

“They looked like the opposing nobodies that play against NBA talent in the summer,” Jordan continued.

It was such a putrid performance that the Knicks scored 10 fewer points in the entire first half than the Jazz scored in the paint alone.

What we learned: Absolutely nothing, except that this team is really bad, and is capable of getting blown out by embarrassing proportions.

At least Frank Ntilikina had this cool poster over fellow countryman Rudy Gobert, both of whom are competing at the FIBA World Cup right now:

The Loss to Charlotte

Not only was it a loss to a team that was never going to be a serious playoff contender, but it represents, in hindsight, the major problems with this Knicks’ season.

Namely, the fact that Mario Hezonja was a starter at one point (he scored zero points in four minutes this game), and Enes Kanter was starting over Mitchell Robinson.

Both Kanter and Robinson logged about 18 minutes this game, but the former turned in a -17, while the latter finished with a +8.

What we learned: Mitchell Robinson is the future of the Knicks’ frontcourt. He has the potential to be one of the best defensive big men of the 21st century and has a unique blend of timing, athleticism, and length that no score-first center—especially not Kanter, a defensive sieve—can replicate. Kanter was a fine stopgap for the Trail Blazers after they lost Jusuf Nurkic for the season; put Robinson on that team with Damian Lillard and C.J. McCollum and you might win the championship outright.

When Kristaps Porzingis went down clutching his knee in 2018, no one on God’s Green Earth thought that would be his last game in a Knicks uniform.

Yet, in February last season, the Knicks pulled the trigger on a Porzingis trade, sending him to Dallas in exchange for Smith Jr., Wesley Matthews, DeAndre Jordan, and two first-round picks.

Even if the Knicks “win” the trade—say, hypothetically, Porzingis is never the same again, Smith Jr. is a monster, etc.—this was a devastating moment for the organization. The only homegrown superstar talent the Knicks had drafted in the last 20 years, and the only thing worth praising from Phil Jackson’s comically mismanaged tenure, was suddenly gone in the blink of an eye.

The Unicorn, in all his seven-foot, sweet shooting glory, became a myth again, as if he was never real at all.

What we learned: The Knicks’ front office is a little “twitchy,” in the sense that they correctly assessed a situation—their ailing superstar wants out, so they need to ship him out before things get ugly—but they responded incorrectly. They moved too fast in circumstances that called for a more measured approach; the Knicks had leverage on Porzingis, who was headed for restricted free agency but gave it up before it could properly marinate.

James Dolan Bans a Fan for Yelling “Sell the Team!”

As the Knicks put the final touches on a signature loss to the Sacramento Kings, reviled owner James Dolan made his way down the tunnel to exit the arena when a nearby fan heckled him with “sell the team!” chants.

You know the rest. Instead of doing what any rational executive would do, Dolan turned to confront the fan and informed him he was banned … for life.

It was the nadir of an all-time catastrophic media season for the lead singer of JD & the Straight Shot. On top of this incident, Dolan was accused of some salacious activity involving Harvey Weinstein, got into a lawsuit with radio network WFAN over it, and failed to even set up a meeting with top free agent targets Kyrie Irving and Kevin Durant.

What we learned: Dolan is one of the most erratic and hot-tempered owners in sports, unfortunately, and it is seriously damaging the reputation of the Knicks with players across the board. It’s blowups like this that have not only eroded the shine of joining the New York franchise but have even made the Knicks an undesirable location.

Despite all these snafus, the future looks brighter than it’s looked in a long time in the Big Apple. They have an exciting young core of R.J. Barrett, Robinson, and Smith. They have a coach who cares about winning games. And so, even if looking back on the worst moments is like pulling teeth at times, it’s important to do so, to bookmark the journey they’ll take to eventually become the giants we dream about. We need to acknowledge the winters to appreciate when the sun finally shines on Madison Square Garden.