Where Does Sunday’s Loss Rank in the Pantheon of Recent Knicks Losses? 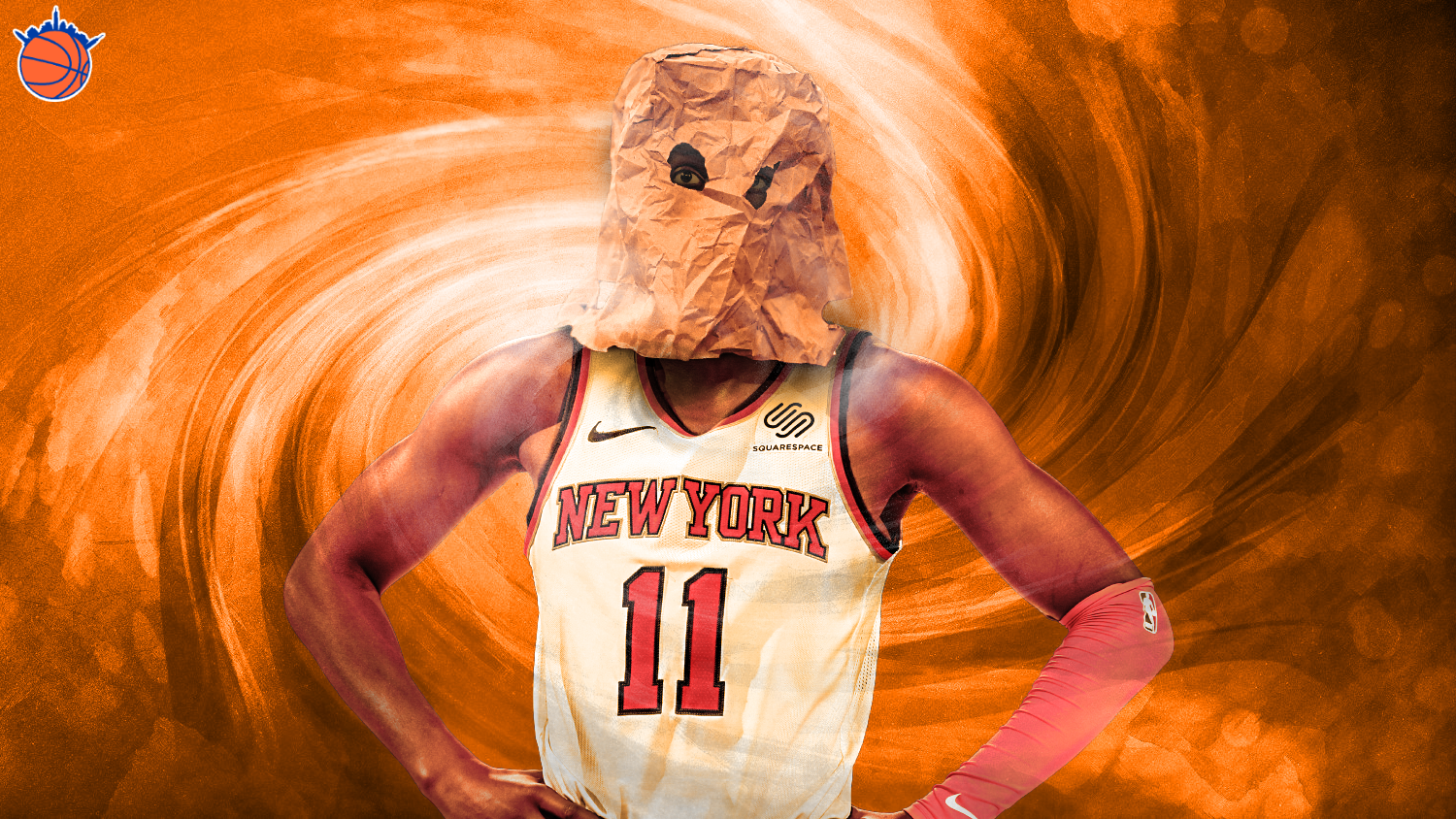 The Magic defeat was nothing short of an exercise in embarrassment. For sadistic purposes, what are the worst Knicks losses in recent memory?

In case you weren’t paying attention, Sunday night, under the bright lights of the World’s Most Famous Arena, the Knicks got good and thoroughly stomped by a previously 5-7 Orlando Magic team missing its $80 million man Aaron Gordon, its second-year defensive stud Jonathan Isaac, a real starting point guard, and a real starting small forward. The Knicks starters combined for 20 points, Frank Ntilikina was benched after five largely ineffective minutes, and Mitchell Robinson (2-3) was the only member of the team to shoot above 50 percent from the field. The final score: 115-89.

Now, we knew coming into this season that there would be times when things got ugly (like, REALLY ugly), and that during those times, the most important thing would be to focus on the bright spots, the flashes, like Mitchell Robinson breaking the Knicks’ rookie record for blocks in a game with nine (in 22 minutes!) or Knox putting up his second straight game of double-digit scoring. So instead of wringing my hands and dissecting the loss and fretting about Frankie Smokes’ tenuous grip on the starting point guard spot, I’m going in a different direction.

This morning, I interrupted The Knicks Wall Slack chat to pose an important question: could this be considered the most embarrassing loss in recent history? The outpouring of responses I received was truly heartwarming, and a little depressing, as game after game was raised as a potential challenger for the title. Some people sent boxscores. Some sent unofficial titles, such as “The Honey Nut Cheerio Game” (more on that in a minute). Over the years, the amount of truly horrific losses had blended into a melange of melancholy mediocrity, but here they were, laid bare in all their terribleness. So with that in mind, I prepared the definitive list of the eight most embarrassing Knicks losses since 2010.

As a rule, I excluded (most) blowouts from very good teams during games which our best players were missing; so, for example, the 24-point shellacking by the Raptors last March, after the Kristaps Porzingis injury, was left off the list. A bad team missing its best player getting beaten up by a good team isn’t really that embarrassing. But you know what is?

Losing to the Celtics is always painful, and especially so because of the struggles Porzingis has experienced going up against Al Horford sine being drafted. This was a particular stinker of a game—only Porzingis (16 points on 18 shots), Kanter (17 points, 17 boards), and the Walking Bucket, Michael Beasley (12 points on 11 shots) reached double-digit scoring.

Meanwhile Terry Rozier, filling in for Kyrie, posted his first career triple-double while Jaylen Brown and Jayson Tatum combined for 29 points as the Knicks went on to lose by 30. Oh and Brown did this to poor Porzingis.

A bad loss for sure. But this is just scratching the surface.

Just look at this box score:

Yes, you’re reading that right. 30+ minutes a pop for Langston Galloway, Cleanthony Early, and Shane Larkin. Alexey Shved as the team’s high-scorer. Andrea Bargnani (just like, his existence on the team in general). This 28-point blowout made the team the first of the season to reach the 50-loss mark. The only reason this loss doesn’t rank higher on our list is that there’s no reason this team, fresh off of buying out Amar’e and with Carmelo Anthony injured/tanking, would have a chance against most NBA-caliber competition. As excuses go, those aren’t great.

What made this loss even worse? That it was coming just days after an even more embarrassing defeat:

Losing by 28 to the “win by committee” Nuggets is one thing. Losing by 38 to the George Karl-era Kings, even with the presence of an All Star in Boogie, is something far worse. The Knicks were outscored 91-86 by the combination of Rudy Gay, Derrick Williams, Sauce Castillo, Omri Casspi, and Ben McLemore. Meanwhile, Tim Hardaway led the starters with seven points and was -37 in 16 minutes of play, which seems borderline impossible. The Kings never trailed in this game and at one point were winning by 44. Yikes.

The infamous and aforementioned “Honey Nut Cheerio” game. By now we all know what happened—early in the fourth quarter, KG and ‘Melo got tangled up while ‘Melo was guarding KG on the block, some shoving and chirping happened, and Garnett allegedly said to Anthony that he heard Lala, Carmelo’s wife, tasted like Honey Nut Cheerios. Not cool, man! This game is less embarrassing because of the score (although the fact that the Knicks lost after being verbally abused made the whole altercation undoubtedly worse for the team and fans) than for the countless jokes it spawned, as well as the optics of ‘Melo waiting for KG by the Celtics team bus after the game.

Losing by 26 to a team whose only two NBA-caliber starters are Nik Vucevic and Evan “Don’t Google” Fournier might seem like it deserves a higher place on here, but a) just wait ’til you see the next three and b) there were actually some positives in the night, which sets this game apart from most of the other losses on this list. In a weird mirroring of history, just like the oh-so-terrible Kings loss from 2015, once again Tim Hardaway was the highest-scoring starter with seven points (this time in 23 minutes) and once again the Knicks shot below 19 percent from three. This was a wet, flappy fart of a game, but there’s some solace to be taken that it doesn’t even crack the top three of bad Knicks losses of the decade.

The Celtics’ starting lineup of Jordan Crawford, Avery Bradley, Jeff Green, Brandon Bass and Jared Sullinger scored as many points as the entire Knicks roster, a roster that got 17 points out of Amar’e off the bench and even 12 from Metta World Peace. The non-Melo starters combined for 10 points on 26 shots and ‘Melo was a team-worst -40 on 5-15 shooting. Courtney Lee, in a shocking betrayal, added 10 points for the Celtics off the bench as the Knicks suffered their 10th-worst loss in franchise history.

Sneaking in right under my arbitrary cut-off is the second-worst loss in Knicks history, a 50-point defeat at the hands of Dirk and Jason Terry. The high-scorer for the Knicks was noted chucker Jared Jeffries with 14 points. David Lee, with 11, was the only other Knick to score in double digits. Oh and the Mavs were missing two starters, including Jason Kidd. There’s not a lot to say, the Mavs were good, the Knicks were bad, and on this particular night, both of those happened to be especially true.

How could any game be worse than a 50-point blowout, both the team’s worst loss of the modern era and the opposing team’s most dominant victory in franchise history? I’ll tell you how.

While not the same eye-bleeding margin of defeat as the Mavs, the fact that this was on the biggest stage, Game 1 of the playoffs against Anthony’s banana boat buddies/professional rivals, and they got so thoroughly demolished makes this the absolute most humiliating game in recent history. Granted, this WAS the Heatles they were going against, Shumpert went down with a torn ACL 19 minutes in (though he was 0-2 to that point, so it’s not like he was lighting Miami up) and the Knicks actually got some quality minutes out of Baron Davis (love you, Boom Dizzle!) and Jeremy Lin (never forget!).

But ‘Melo and Amar’e combined for 20 points with more combined fouls AND more combined turnovers than combined field goals. While this wasn’t the game that caused Amar’e to try bare-knuckle boxing a fire extinguisher, it was the same series, and it certainly set the tone for such an embarrassing way to end a season.

The Knicks have had plenty of humiliating and depressing playoff moments: the Reggie Miller “choke” game, the Charles Smith million-layup debacle, Roy Hibbert’s block on ‘Melo that basically ended the Knicks as a playoff team for the rest of the decade, but this loss deserves its lofty place in the annals of Knicks disgrace.