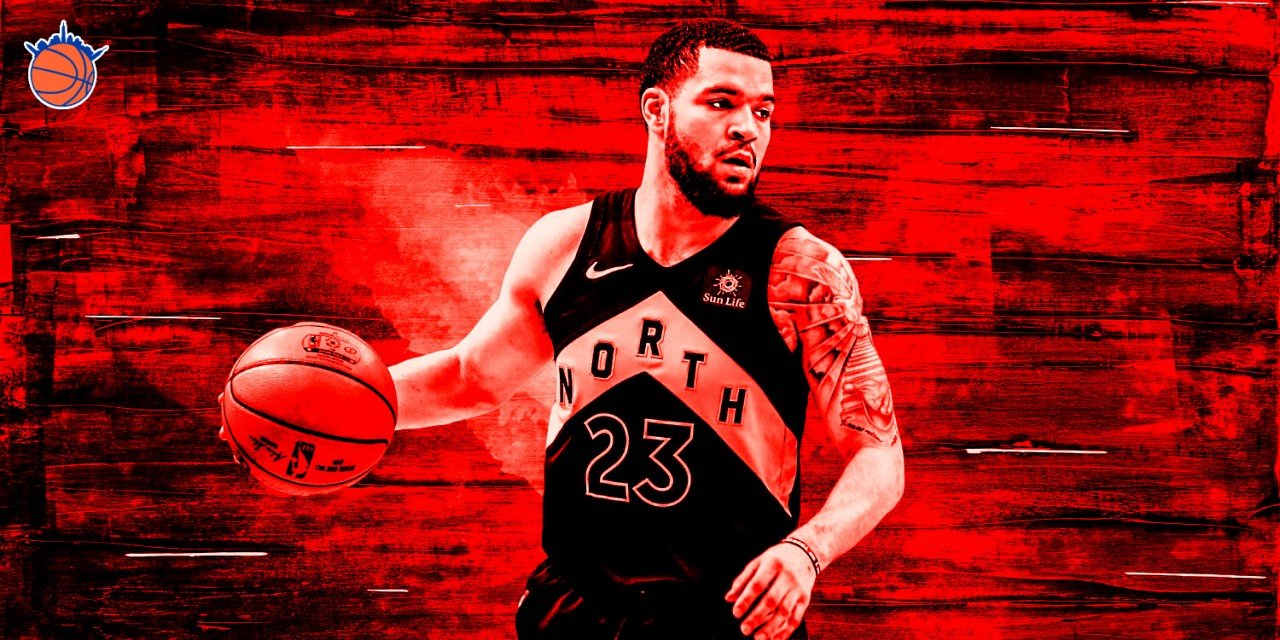 With four games on tap this season, the Raptors are an unavoidable roadblock for the Knicks. Here’s how they match up.

Both the New York Knicks and the Toronto Raptors have gone through substantial roster changes this past summer. In free agency Toronto lost leading man and Finals MVP Kawhi Leonard to the Western Conference. And the Knicks lost everything. Or, so it seems. They’ve reloaded with marginally better players. Instead of end-of-the-bench guys taking up the majority of their roster, the front office has manned the team with middle-of-the-bench guys, mainly in the frontcourt. How will these brand new New York Knicks fair against their division rivals?

Elfrid Payton is the epitome of a middle-of-the-bench guy. He doesn’t have the skill set to be an elite or close to elite player, but he does have positive assets to his game. He’ll need to utilize them to the best of his ability if he hopes to stand a chance against Kyle Lowry.


Lowry is 33 going on 34, but he’s on pace to have a season just as successful as his last. He’s never needed a lot of flash in his game as the sidekick of a star player, as beloved as he is in Toronto. That being said, he’s the safest bet for at least 15 and 5 on somewhat efficient shooting and stout perimeter defense night in and night out. While his offensive game isn’t particularly terrifying, if he prevents Payton from the point guard duties Fizdale has tasked him with, the Knicks’ offense could be in trouble.

Coming into the season nobody seriously thought Payton would earn the starting point guard role over both Frank Ntilikina and Dennis Smith Jr. However, it turns out he’s the best option for the Knicks at the 1 right now. The Raptors, coached by Nick Nurse, are a smart team full of veterans who have been demanding respect their entire careers. They’re probably salivating at the thought of putting the Knicks in 10 pick-and-rolls every quarter.

As demonstrated by Trae Young and Kyrie Irving in the Knicks’ previous games, the Knicks are awful at pick-and-roll defense. If Payton’s defense is as good as advertised, he should be able to contain Lowry on some possessions even if his co-defender is lost. Considering that neither Lowry nor Payton are elite scorers, the pick-and-roll defense is the biggest concern for the Knicks in regards to the point guard battle.

Along with losing Kawhi Leonard, the Raptors did not re-sign swingman Danny Green. In his stead, Kyle Maggio impersonator Fred VanVleet has taken the helm as the premier 2 guard. VanVleet had something akin to a coming out party in the playoffs in June. Now, with a bigger role on the team, he’ll likely be matched up with heralded rookie R.J. Barrett.


A 6’0” guard against a 6’6” wing holds advantages for both sides. VanVleet is a quick, catch-and-shoot gunner while Barrett is a strong slasher. If they matched up consistently throughout the game, they might neutralize each other on the scoreboard. Expect Barrett to take VanFleet inside, muscling his way to the rim and using his height advantage when the defense can’t spare an interior defender.


However, switching Payton and Barrett’s assignments would be an interesting wrinkle. Barrett won’t be able to keep up with VanVleet on the perimeter. That’s a simple truth we all can accept. But Payton may be able to keep up with VanVleet through screens by disallowing space while still using his superior height to get a hand in his face and possibly a block if he chooses to wander inside the arc. Barrett’s shown a ton of effort on defense so far, and that may be just enough to keep Lowry, another undersized point guard at bay. His offense may suffer from the effects of the switch since Lowry is a sneakily good defender, but it may pay dividends over the course of the game by disrupting the offense.

When it comes to the forward battle, the Knicks have even less favorable matchups there. Marcus Morris and Julius Randle, the starting forwards for the Knicks, will have a tough time against OG Anunoby and Pascal Siakam, two of the Raptors’ defensive anchors. Both are strong, lanky defenders with quick feet and active hands. They won’t have much trouble staying in front of the traditionally bulky forward corps the Knicks possess.


In all honestly, Morris and Randle posing much of a threat to their opposing players here. The game has moved away from hulking forwards in favor of lighter, long-limbed athletes. Calling Randle and Morris “relics” in the modern day isn’t exactly correct, but neophyte Kevin Knox could go toe-to-toe with either one of them if the correct situation presented itself. Knox has been working to master his three-point shot and so far his hard work appears to be paying off on the court. He’s taking much more efficient shots in the paint instead of simply hurling the ball into the air like last season.


A 6’9” swingman himself, Knox is the new prototypical scorer, just like OG and Siakam are the new prototypical defenders. If the Knicks want to get ahead in these games, they’ll need to fight fire with fire. He won’t do much on the defensive end beyond giving effort to a fault, but if he can run off screens and slash to the open basket he should earn enough opportunities. Containing Siakam sounds like a difficult task for any team in the league, and it’s nearly impossible for a team as inept as the Knicks. However, that’s a bridge they’ll have to cross eventually. There are no answers; dude is a dog, and Knox would need all the help he could get. Anything short of Iron Man technology isn’t enough.

While the forward battle may seem bleak, the center matchups may be the most interesting. Marc Gasol, a former MVP candidate once upon a time, is entering into the last stage of his career as Mitchell Robinson is just starting his. Uber athletic and tenacious, I’d venture to say Mitch would get the best out of Gasol if the old man didn’t have a whole bag of tricks to pull on the young fella.


Robinson is prone to make silly fouls trying to bother shooters, or more often than not swat their shot into oblivion. If Gasol finds he can bait Robinson into foul trouble early in games, Robinson’s elite rim protection won’t mean much since he’ll be spending that time on the pine. That leaves Portis, who appears to not be too awful of a matchup one-on-one. Gasol and Ibaka both can take and make shots from beyond the arc. Portis is a semi-respectable three-point shooter in his own rite; the problem arises when other players enter the picture. Bobby may not be as susceptible to the old man tricks as Robinson, but he’s far less spry defensively, leaving himself exposed for pick-and-roll humiliation à la Enes Kanter. The Raptors are a team of seasoned veterans, and it would be surprising if they didn’t target the weak links in their opponents.

As a whole, the Knicks versus Raptors matchup is a bit discouraging. It seems to be a tale of youth versus experience. Sure, the Knicks have veterans, but they’re not ingrained into the culture like the Raptors’ Ibaka and Lowry. Even Gasol’s quick melding into the team’s structure is indicative of a strong team. The Raptors may be division rivals, but it would behoove New York to look at the success they’ve generated and the philosophies that preceded it.

»READ: Opposite styles will clash in the Nets-Knicks series 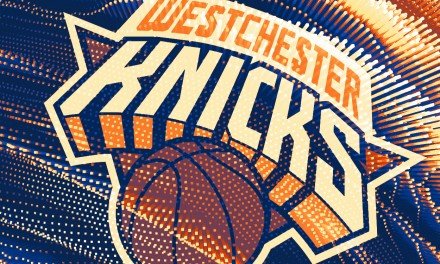