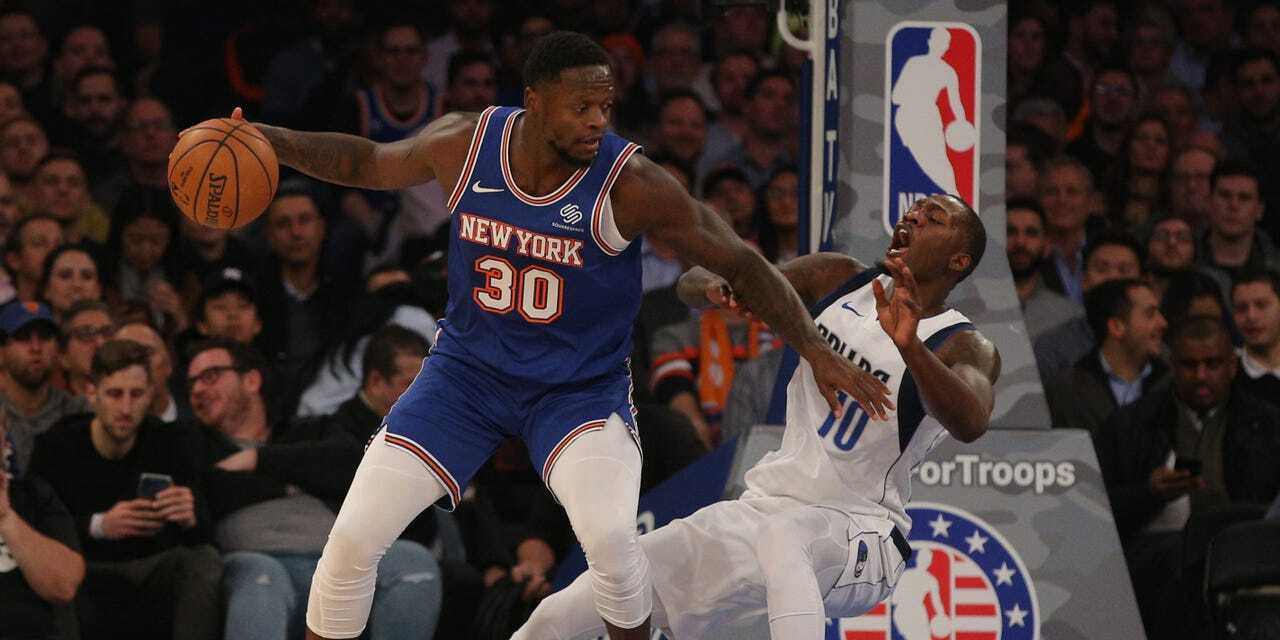 Knicks interim head coach Mike Miller hasn’t been handed a wonderful roster, but there are incremental improvements he can make to the team.

The deed is done.

The New York Knicks officially fired head coach David Fizdale after a 4-18 start to the season. After the post-game press conference from Scott Perry and Steve Mills, the writing was on the wall for Fizdale’s future. After broken promises, a failed pursuit of superstars, and an even worse free agency “Plan B,” Fizdale is the first—and hopefully not the last—to get the ax.

With 60 games left in the season, there’s still basketball to be played, players to be developed, and ground to lay. Interim head coach Mike Miller will try his best to incorporate his success from the Westchester Knicks to push the team toward a simpler style. The Knicks won’t turn around and win 40 games this season, but there’s no reason to lose back-to-back games by 30-plus points.

If Miller is going to get his name into the interview room for New York’s head coaching vacancy this offseason, he’s going to have to avoid the issues that plagued Fizdale’s tenure, some of which were simple tweaks to help the team in the long run. Here are a few options Miller can consider to help the Knicks over the last 60 games.

Use Julius Randle less, but correctly

One of Fizdale’s biggest mistakes was the free reign he allowed Julius Randle. However, as Randle continued to drive through three defenders, demand to carry the ball up the floor, and play little to no defense, Fizdale insisted on shuffling the roster around him instead of finding the ideal role for the team’s prized free-agent acquisition.

Perhaps a reboot of Randle’s overall usage could be in order.

To start the 2019–20 campaign, Randle has the team’s highest usage rate at 25.7%, and he’s tied for second on the team in minutes per game at 31.9. Between his slow start and three fellow power forwards—Kevin Knox, Marcus Morris, and Bobby Portis—both those numbers should take a slight decline.

It would also do Miller some good to use Randle correctly. One option could be pairing Randle with either Dennis Smith Jr. or Elfrid Payton with Taj Gibson alongside him. While defensive concerns loom, pairing Randle with a guard who wants to create off the pick-and-roll works best.

The pairing of Gibson and Randle is arguably the best because of Gibson’s flexibility on both sides of the ball. Both players offer a presence as a roll man, but Gibson’s ability to serve as a pick-and-pop option could offer to space for Randle. Defensively, Gibson isn’t a rim protector, but his ability to cut off pick-and-roll attempts and stop players before getting to the rim could cover for Randle in spurts.

Firing Fizdale now could give Randle a second chance; or, it could solidify the notion that New York should trade him.

In our free agency coverage, one key talking point was how New York added more shooting this offseason. If there was any correlation to this haul, it was six players who had shown the ability to be reliable shooters from the outside. Was that the New York Knicks taking a step forward into the modern “Moreyball” shooting profile?

No. The Knicks still rank 23rd in the league in attempts per game, 18th in percentage of points being from three-point range and yet, 14th in three-point percentage. An improvement from last season, but there’s still room to grow. Mike Miller should emphasize the three-ball and encourage guys to avoid the drive for two points and opt for threes.

Shooting treys creates more space on the floor for the three-point perimeter players, as well as allows the likes of Randle (who has a 26.1% three-point rate so far this season), Gibson and Mitchell Robinson to roam freely amongst the paint. Spread pick-and-roll with Robinson as the roll man and three shooters around them would be ideal.

Marcus Morris has had a hot start—50% shooting on 112 attempts—but there’s also the need for Kevin Knox, Bobby Portis, and Allonzo Trier to jack more threes. Even the likes of Wayne Ellington, who was brought in this offseason to shoot but only mustered up 30.4% shooting from beyond the arc, to be active and spray from long-range.

Ride with the kids

You knew this was coming. With no chance of making the playoffs, New York has to prep and plan for the future yet again. As the front office moves closer to the deadline and selling off some of the team’s veteran pieces, Mike Miller and his coaching staff should work to get the young players right.

The young players began to sputter under Fizdale recently. Frank Ntilikina has continued his solid play—an established defender who can create (4.6 assists to 1.4 turnovers per 36) in spurts and flashed improved shooting (36.5% on 52 attempts). Other than Ntilikina, it’s been rough.

Maintaining Mitchell Robinson as the team’s starting center spot is a good start. His fouls are still high—6.1 per 36 minutes—but Robinson continues to be an effective rim runner, capable of swallowing shots on one end and finishing it on the other. Using the next 60 games to get him right could help New York’s future defense.

Kevin Knox and R.J. Barrett need a reboot to their confidence. To start the season, Knox hit 54% of his threes and looked ready to take a step forward. Fizdale then took him out of the lineup—and later started him at shooting guard. Knox should be reinstalled into a role that allows him to play with a solid defender alongside him.

Barrett’s play has tailed off recently, leaving one to wonder if he should remain second on the team in scoring. A slight minute decline and more consideration for his long-term role, whether he’s a creator long-term or not, should be on the table.

Under Miller’s tutelage as head coach of the Westchester Knicks, Westchester had three top-five finishes in defensive efficiency; solid, considering the constant shuffle of a G League roster. As pointed out before, the trio of Barrett, Robinson, and Ntilikina could help form a solid defensive unit, which could get those players in order.

The New York Knicks are entering another phase after the firing of David Fizdale. The Knicks are 4-18 with no hope of making the playoffs. After spending $70 million this offseason, Knicks fans are busy watching college basketball, hoping the ping-pong balls grace them with the number one pick.

That’s simply unfair to the fanbase, but it’s been the story for the last 20 years of Knicks basketball.

With Mike Miller now at the helm, the Knicks have to reestablish and prioritize their young players, establish some identity on offense, and find a way to use their prized free agent from five months ago.

The final score from the next 60 games won’t matter, but the results, the playing time, and the development of the future over the remainder of the season are crucial.