Will Year Two of RJ Barrett Be the Breakout Playmaking Season for the Knicks Wing? 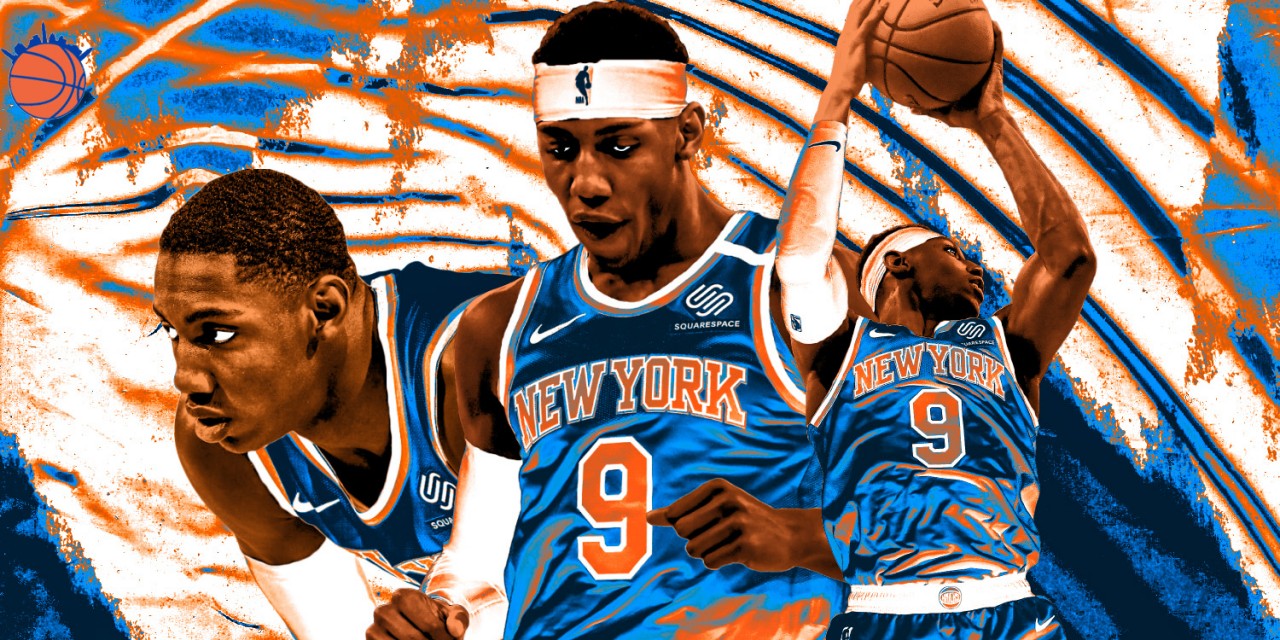 Much has been made about Knicks rookie RJ Barrett’s position, but he appears to be a capable playmaker ahead of a big developmental season.

If the new front office of the New York Knicks wants to put an emphasis on development, the first player they need to address is R.J. Barrett.

After selecting Barrett with the third overall pick in the 2019 NBA Draft, the Knicks did their best to screw with his development. Then–head coach David Fizdale attempted to play him 40 minutes a night with no coherent plan as New York suffered defeats upwards of 40 points. Above Fizdale, Steve Mills and Scott Perry laid the groundwork for a frustrating rookie campaign by loading the roster with isolation scorers, poor defenders, and lackluster shooters.

It all came together for some disappointing basketball.

Barrett’s rookie season was up and down, but ultimately a poor one for a top-three draft pick. The raw numbers—17.0 points, 4.9 rebounds, and 3.0 assists per 36 minutes—were great, but the underlying numbers, mainly his shooting, hurt. Barrett shot 32.0% on three-pointers and 61.4% from the free throw line, which could bring up questions about his shooting for the long-term. In a league where shooting is key, a wing who couldn’t shoot was a tough sell as a top-three player on your roster.

Then, everything changed for the Knicks. New York hired Leon Rose as team president, Tom Thibodeau as head coach, and added a slew of assistant coaches to the roster, all with expertise in player development. While the addition of Rose suggests New York will be in the race for a star, Thibodeau and the coaching staff suggest a move towards drafting and developing talent.

But what does that mean for Barrett and the rest of the roster? With the arrival of Johnnie Bryant from the Utah Jazz and Kenny Payne from the University of Kentucky to Thibodeau’s coaching staff, there’s been a push towards development. One suggestion for Thibodeau is to expand Barrett’s role by allowing him to play and work in multiple roles offensively.

While the common thought should be expanding Barrett’s role by playing various positions—point guard through power forward—Thibodeau works the opposite of that. From his days as a head coach of the Chicago Bulls to his last season with the Minnesota Timberwolves, Thibodeau was often pragmatic with his roster.

It puts pressure on who Barrett plays with (better shooters would do wonders), but even if Barrett shuffles between two positions, there are still areas for him to develop.

Barrett didn’t shoot well as a rookie, but there were other positions in his game that did look promising. While he didn’t shoot well at the rim—a staggering 56.8%—Barrett did garner 5.4 free throws per 36 minutes. Excluding James Harden, an elite rim attacker, here is how Barrett compared to some of the best wings in their first 2,000-minute season in free throw attempts per 36 minutes, free throw rate, and field goal percentage at the rim.

Barrett has played the least amount of minutes, but 5.4 free throws and a 0.349 free-throw rate for a 19-year-old is a good look. Imagine Barrett with some consistent shooting around him to open up some driving lanes. The 56.8% at the rim is a disaster compared to his counterparts, and part of that is due to his lack of elite athleticism. Dunks aren’t the best metric for one’s athleticism, but just 35 dunks on 285 shot attempts at the rim for Barrett last season is too few.

Still, where Barrett’s lack of athleticism sticks out, his craftiness and shiftiness around the rim are underrated. Already at an advantage as a left-handed player, Barrett uses a ton of shake and hesitation in and around the rim to get opposing bigs off balance. Below, Barrett attacks the basket, absorbing contact for a nice finish. If he can continue to work on his strength and overall finishing around the rim, he can be even more dangerous as a rim attacker and free throw garner.

The second area where Barrett flashed is his passing ability. As a rookie, Barrett averaged 3.0 assists per 36 minutes, a good mark for a rookie wing. Considering the different factors that plagued the rest of his season, Barrett looked like a talented wing who can serve as another creator and offensive weapon on the ball. The larger question is, does he serve as a lead playmaker and creator, or does he serve better as a secondary playmaker?

The question matters because it opens up his ceiling as a player. Using his known ability as a baseline, Barrett working as a secondary playmaker gives the Knicks a creative option for recycling the offense and even running the offense in smaller sets. Being a lead playmaker allows New York to play Barrett as a lone playmaker in spurts, which would allow them to supply other, more beneficial archetypes around him.

In watching Barrett’s 143 total assists, he profiles more as a secondary playmaker and creator. New York’s offense—if you want to call it that—was often broken, due to Julius Randle and Marcus Morris absorbing the majority of the offense early. In Barrett’s assists, he was often creating late in the clock and finding teammates on the move.

Below is what I want to see more from Barrett in year two: more action making decisions at the top of the key.

For Thibodeau, I’m curious to see what he does with Barrett as a creator, in other words, putting the ball in his hands. After Derrick Rose’s injury, Jimmy Butler largely absorbed the offense, improving year after year. One of the areas where Butler shined was his ability as a creator. His assist rate improved in each of his first six seasons as Bull, peaking at a 24.8% assist rate in 2016–17.

The Knicks need a point guard. They might even need two point guards. However, I’m not totally against Thibodeau using Barrett as a lead creator in offensive sets, just to see if he can assist in unlocking his overall game, as he did Butler in the previous decade.

Even with a lackluster rookie season, there were a few gems that allow the Knicks to continue to view R.J. Barrett as a core piece and a player in mind when building the roster in the future. That said, the shooting is a considerable flaw, and while his on-ball defense was better than expected, he was still poor as a rookie. Now that New York upgraded to an experienced head coach and staff place an emphasis on development, Barrett will be expected to improve fast.

The areas of intrigue for Barrett are finishing at the rim, defense, and creation as a wing. The combination of scoring at the rim and creation are largely predicated on who can join Barrett on the floor. Shooters around he and Robinson would help the team flourish, while the defense is more of a project on which Thibs can work. While Barrett played poor defense at times, he also showed flashes as a lead on-ball defender, and even took the toughest defensive assignment at times.

Time will tell, but New York should be able to use Barrett at multiple positions to allow him to truly evolve as a player. 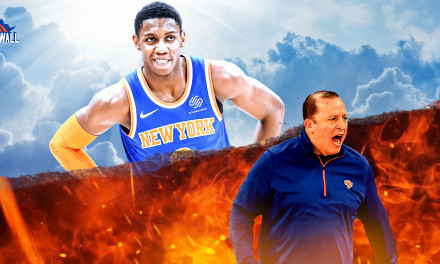