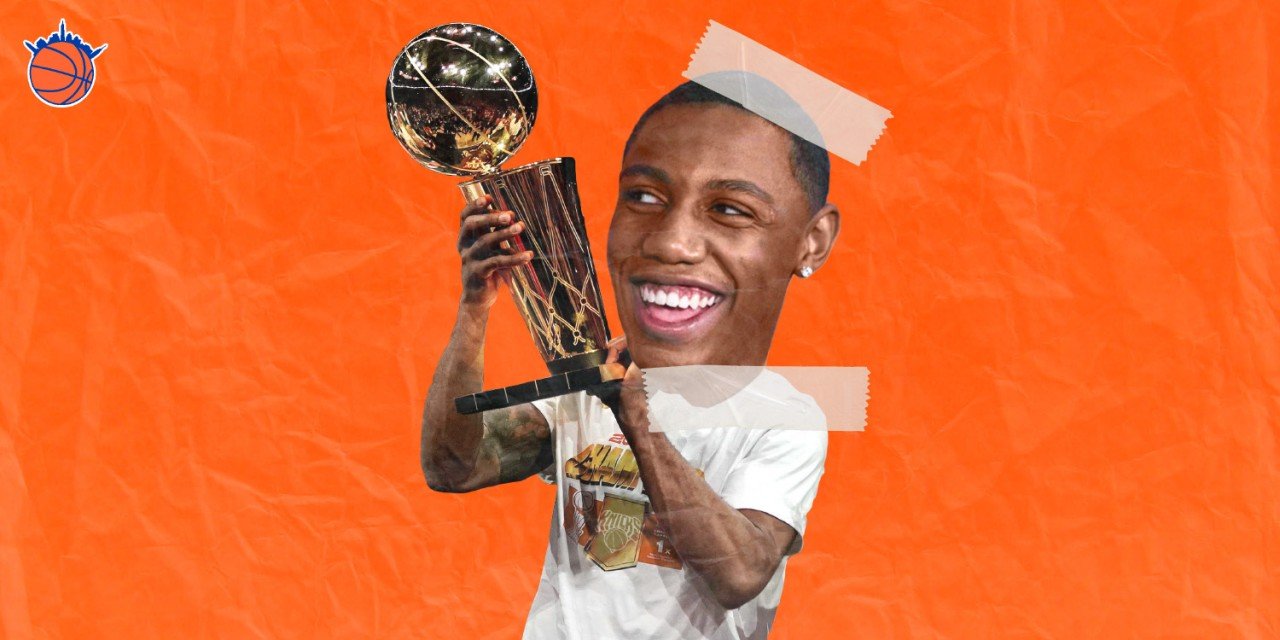 A look into a hazy crystal ball that could spell fortune or infamy—or something down the middle of the road for the 2020 Knicks in the aftermath of their busy offseason.

Unless you’re a Charlotte Hornets diehard, this is the time of year where even the most brow-beaten fanbases often can’t help being swept up in one of the most dangerous intoxicants on the market: optimism.

It’s a time when playoff pretenders can talk themselves into being title contenders, middling teams can debate the virtues of chasing the eighth seed, and rebuilding teams can hype up youth, potential, and “building the right way.”

It’s a reckless, often baseless speculation, but that’s part of the magic. Like Las Vegas or whichever Marvel movie is being pumped out at the time, you can see the manipulative artifice of it all—but still, you can’t help getting sucked in. This should be no strange feeling for Knicks fans, as the Knicks have spent the last decade constructing narratives of hope that almost always come crashing down like a house of cards built on a fault line.

Whether that will be the case this season remains to be seen. There are clear avenues to success, but the way is riddled with pitfalls and obstacles. Therefore, if we’re to imagine the best-case scenario for this year’s team, it seems fitting that we also look at the worst-case, and even the most middle-of-the-road case. Only then can we get a (hopefully) balanced view of what this team could be.

Let’s start with the worst possible scenario, shall we?

When dealing with a team as tragicomic as the Knicks, it’s always safest to first imagine the most heartbreaking ways that things could go wrong—chances are, that’s exactly what’s going to happen. So what would the worst case scenario look like for a team coming off a year that’s tied for worst in franchise history?

It starts with development, but it doesn’t end there.

As many have written about the Knicks following their—shall we say, divisive—free agency spending spree, the key to this season, and to the team’s long-term outlook in general, is how well David Fizdale, Mike Miller, and the rest of the coaching staff can develop their young talent.

Under general manager Scott Perry, the Knicks’ modus operandi has been to look for athletes with size, projectable skill sets, and a questionable basketball I.Q., with hopes the coaching staff and veteran mentors can teach them how to think the game at a high level. Dennis Smith, Mitchell Robinson, Kevin Knox, and R.J. Barrett all fit this bill, as do Julius Randle, Bobby Portis, Mario Hezonja, and Noah Vonleh to varying degrees.

Whether this strategy can work or not remains to be seen. While we have seen players enter the league lacking a strong feel for the game and develop it under the right tutelage, too many Anthony Randolphs and Iman Shumperts have passed through the hallowed halls of MSG for me to trust such a process before I see it. And besides, Fizdale (and Miller) have yet to truly earn their player development badge.

If the kids, especially the second- and third-year players, don’t develop according to plan, Fiz is going to have some tough decisions to make. With 14 players on the roster deserving of minutes, and some volatile personalities on the roster, Taj Gibson, for example, may have to really earn his money as a locker room leader.

In short: combine a lot of losing with young players who feel entitled to minutes and shots with a handful of veterans who have earned minutes their entire careers and don’t want to give them up, and Knicks brass could have a potential time bomb on their hands.

Desperate as they are to find a path back to relevancy, a public meltdown could spell the end for many of the higher-ups in the organization.

The most likely outcome for this season includes some high points from guys like Knox and Barrett, along with some major struggles that see them moved to the bench for stabilizers like a healthy Reggie Bullock, Damyean Dotson, or—dare I say—Frank Ntilikina (I daren’t) for brief periods that cause riots through Knicks Twitter.

Dennis Smith Jr., fully recovered from the back injury that plagued his half-season in New York and sporting a revamped jump shot, seems set for a mini-breakout year. With a full offseason to prepare for the Knicks system (is there a system? Hopefully this year there’s a system), one can expect improvement as a passer and shooter and for him to round out the rough patches in his defensive game—which mostly consists of falling asleep off-ball and getting back-cut too easily.

Mitchell Robinson and Julius Randle should form an imposing frontcourt physically, but expect games where the paint is just too cluttered for Smith, Barrett, and Randle to do their best work inside. On those nights, Portis seems like a good bet to step in beside either of the presumed starters and add some floor spacing for a team that will greatly need it.

Speaking of Randle, the big man should have a gigantic green light this season, and I expect him to make the most of it. My prediction for his median outcome stat line would be something like 19/8.6/3.5 on around 34% shooting from deep, with some good hustle but ultimately bad defense, both from an individual and team standpoint.

The team fights most nights, but ultimately is overmatched strategically, defensively, and spacing wise. But because they work hard and are able to get through a season with minimal drama, the parallels to the Brooklyn Nets of a year or two ago start bubbling, with people already eyeing 2021’s mega free-agent class.

It’s really annoying, you know it’ll never happen, but you find yourself giving in to hope a little more each day.

In the best case version of this coming season, the Knicks find a style of play that lets them punch their opponents in the mouth every night (not literally) and play to their smash-and-grab strengths.

Julius Randle’s jump shot turns out to be for real and he shoots above league-average from three for the first time in his career. Mitchell Robinson takes another step towards his future as a (multi-time) defensive player of the year, Smith becomes a high-level playmaker and figures out how to finish around the rim when he’s not dunking, and R.J. shuts up all the haters on his way to a first-team All-Rookie selection. Ntilikina, meanwhile finally stops looking like a deer in the headlights and becomes a Swiss army knife defender off the bench who hits threes and occasionally dabbles in playmaking, and Dotson, Bullock, and Allonzo Trier turn into a super-sub wing crew that can hang on both ends.

The only way for this to happen is if Fizdale also takes a massive leap as a coach, and while there’s plenty of reasons to be skeptical of that happening, it’s by no means an impossible feat.

If all those things break the Knicks’ way, they could very well find themselves with a glimmer of playoff hope, scrapping and clawing for the eighth seed until the very end of the season when…they miss out and head back to the lottery for another go ’round.

Not what you expected? Look, this may be a best case scenario, but let’s be realistic here. The Bucks and 76ers are Finals contenders. The Celtics, Pacers, and Nets might not be locks, as they all have some injury concerns (the point guard depth behind Kemba Walker is not exactly inspiring), but they’re pretty darn close. The Heat and Magic are likely but not guaranteed a spot, but assuming neither fall into the lottery, that leaves one playoff berth for the following teams: the Pistons, Hawks, Bulls, Knicks, and Wizards.

Detroit didn’t get much better this offseason, but they’re by far the most talented team of this group as of today. The Hawks and Bulls, on the other hand, did improve their roster, and should see significant growth from their young cores, both of which are more talented than the Knicks young core.

As much as it pains me to say it, the Knicks aren’t ready to step back into the playoff spotlight, even as a best-case scenario. Give them another year as a low-end lottery team, hope the flattened odds work for you and not against you this time, and spend this season building chemistry and honing skills. Next year, maybe they make the playoff push.