A Youth(ful) Movement: How the Knicks Can Manage Their Veterans and Young Stars 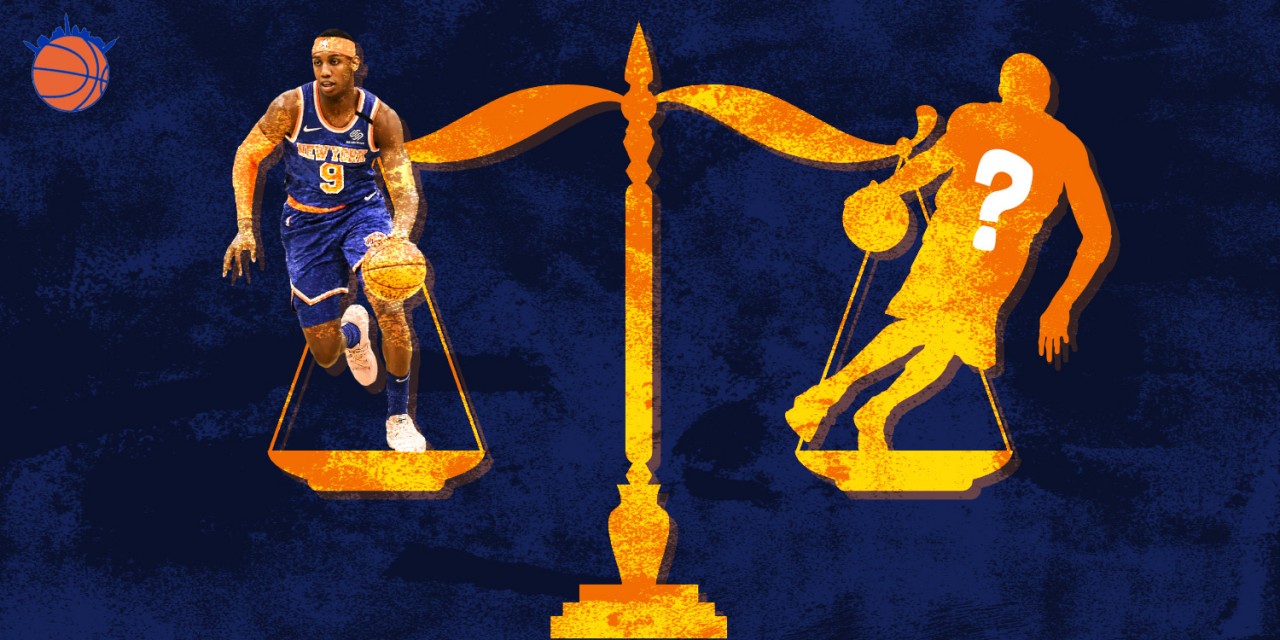 The Knicks no doubt skew young with their roster and core players, but going forward it’s going to be a struggle to surround them with the proper NBA veterans.

The NBA season still hangs in the balance, but even without a global pandemic sweeping the nation, the number of questions surrounding Leon Roses’ Knicks this offseason wouldn’t be much different. Following a season in which the New York Knicks featured one of the most bizarre, hodgepodge rosters in recent memory, the pressure is on for Rose to do what his predecessor failed to—develop young players and instill a team culture.

After striking out on free agents—and the first overall pick—last offseason, the Knicks went with a rather, err, unique approach at salvaging their free agency prospects. That, of course, was to sign a slew of lower-tier veterans to surround their youngsters with. In addition to creating a logjam at literally every position on the team, the Knicks also signed a bunch of players with similar skill sets. Reggie Bullock and Wayne Ellington are both veteran 3-and-D guys; Taj Gibson, Julius Randle, Marcus Morris, and Bobby Portis all essentially play some iteration of the four (although Gibson and Morris mostly played at the three and five, respectively); and Elfrid Payton was essentially a Frankensteinian combination of Frank Ntilikina and Dennis Smith Jr., the pair of young former lottery point guards who lost significant minutes to the ex-Pelican.

Fortunately, the prior regime didn’t sign any of these players to long-term deals. Outside of Randle, every player is set to be a free agent—given the Knicks turn down their team options—and Morris is already off the roster. Rose and co. are now tasked with replacing the veterans on their roster with, well, other veterans. Or the same veterans. Either way, roster spots need to be filled and filled in a way that actually makes sense.

Unlike last year, the focus of the roster should be on the young guys—Barrett, Robinson, (hopefully) Ntilikina, even DSJ (gotta raise that trade value somehow). Still, every NBA team should have a solid group of vets to steer the young guys in the right direction. The Knicks might even have a few of them on their roster already.

The first person that comes to mind is Taj Gibson—the wily vet who was actually a starter last season. Starting Mitchell Robinson should be priority one, two, and three for the Knicks’ next coach, but Gibson was actually more than serviceable in a psuedo-starting role all of last season. Gibson’s numbers don’t jump out on the page—6.1 points and 4.8 rebounds in 16.6 minutes per game—but he played well all season long and proved to be a reliable starter, but really, backup option for the second-year Robinson.

Mitch thrived his rookie season with DeAndre Jordan as his mentor, and he found similar success as the year went on under Gibson. While Gibson and Robinson’s skill sets don’t necessarily mesh—Robinson is an athletic freak while Gibson is more of a traditional back-to-the-basket big and positional defender—the tandem gave the Knicks’ center position stability, and was easily one the primary strengths of the team, at least from a roster standpoint.

Gibson showed that he still has the ability to score when needed, as seen by his impressive 58% shooting percentage. He’s also a favorite of Tom Thibodeau, who’s rumored to be the frontrunner for the Knicks’ head coaching job next year. But, yeah we know how these things go. Still, Gibson was an important bench cog for Thibodeau in Chicago and later served as the primary starter at power forward on Thib’s Wolves teams, so he has the flexibility to start, come off the bench, and play a couple of different positions, depending on matchups. The only issue with Gibson, of course, is the $10 million (non-guaranteed) second year of his contract for next season, which in all likelihood won’t be picked up. But the Knicks can still sign him to a team-friendly deal, and it’s doubtful he’ll get anywhere close to that $10 million figure next season anywhere else anyway.

Another veteran who the Knicks could bring back is Maurice Harkless, a salary-filler in the Marcus Morris trade to the Los Angeles Clippers. The 27-year-old New York native isn’t a flashy player by any stretch, but he’s young enough to fit in with their rebuilding timeline as a versatile bench player. He won’t take away touches from any of their young players, he’s proven to be a decent three-point shooter at times in his career, and he’s a rangy, lanky defender who can come off of the bench and guard multiple positions. He’s just the type of low-maintenance, gritty, high-I.Q. player the Knicks could use for their supporting cast. And like Gibson, Harkless has some playoff experience under his belt, having made the playoffs with the Blazers in four straight seasons, including last year’s trip to the Western Conference finals.

Reggie Bullock is another player who could conceivably come back next season, largely in part to the team-friendly contract he signed after his initial deal fell through. Bullock signed a two-year contract worth less than the $4.7 million exception, so he could be a cheap, veteran bench option who’s a strong defender and a solid three-point shooter. His teammates love him, his next coach (ideally) wouldn’t be obligated to play him big minutes, and he’s a prototypical plug-and-play bench player. Factoring in both price and skill set, he’s a great roster fit.

Other than Gibson, Bullock, and Harkless, there really aren’t many other veterans the Knicks should go out of their way to re-sign. Elfrid Payton has been a nice tone-setter on offense, but he requires the ball in his hands at all times, is a poor three-point shooter at 28.9% for his career, and isn’t the best fit alongside R.J. Barrett. Ellington essentially gives you the same thing as Dotson and Bullock and is due $8 million next season. He’s as good as gone. Bobby Portis is—must I even explain? He’s gone. And hopefully, Julius Randle, who at this point, should also be lumped in as a “veteran,” can be moved in an effort to open up some space on the court for Barrett and Robinson to do their respective “things.”

There are a few options the Knicks can pursue in a trade. Chris Paul is one potential target that the Knicks have been rumored to covet. His bad contract looks significantly better next season when there are just two years left on the deal, and you saw how he managed to elevate a young, rebuilding Oklahoma City Thunder team last season. The last time the Knicks had a veteran point guard with the resume of Paul, a.k.a. Jason Kidd, they won a playoff series. Plus Paul can stretch the floor alongside Barrett, and he’s used to playing off the ball for long stretches after playing alongside James Harden for years. This, of course, would also allow Barrett to play some point forward. He’d also presumably make a perfect pick-and-roll partner with Mitchell Robinson, as his shot would force defenders to switch or go over each screen.

They could also use a floor-spacer alongside Robinson and Barrett at the four. Lauri Markennen, who was once coveted by former Knicks president Phil Jackson, is unhappy in Chicago, and after a rough 2019–20 season, his trade value might be at an all-time low. As a 35.6% career three-point shooter, he’d be a great replacement for the ball-dominant, iso-centric, and poor-shooting Randle. In a perfect world, Paul and Markkannen could round out a starting five alongside Barrett, Robinson, and another shooter like Damyean Dotson.

Christian Wood is another floor-spacing option who’s been tied to the Knicks, but he’s still relatively unknown and his best position last season was center. He also played his best ball when the Pistons were absolutely atrocious. And the last thing we need right now is another big man taking away Mitch’s minutes. That’s what Gibson is for, after all.

Either way you look at it, the Knicks need vets, and no just not an overcrowded roster full of them. During their most successful campaign over the last two decades—the 2012–13 season—their roster was filled with cerebral veterans like the aforementioned Kidd, Rasheed Wallace, Tyson Chandler, Kurt Thomas, Marcus Camby, and Kenyon Martin. Of course, this team isn’t nearly as close to contention as that roster was, but there’s no denying the veteran impact that those guys had on that team. Different circumstances, of course, but the same rules apply—surround your prized players with experienced, unselfish vets. Or just ones that are, you know, really, really good.